Tom is a graduate of Murray State University, holding a B.S. degree in History and Political Science and a M.S. degree in Communications/Journalism. Tom began his insurance career in 1979 when he joined Meidinger and Associates in Louisville, an employee benefits and human resources consulting firm. During his tenure with Meidinger – which was subsequently acquired by William M. Mercer, a subsidiary of Marsh USA — Tom performed a variety of consulting roles related to the implementation of employee benefit programs, with primary emphasis on communication and enrollment in various plans.

In 1985, Tom left Mercer and joined a small employee benefits consulting firm in Nashville, TN, that was later acquired by Aon Corp. In 1994, he left Aon to join a small property and casualty insurance agency in Frankfort. In 1997, Tom joined with John Nelson to form Nelson/Monarch Insurance Services. Within three short years, Nelson/Monarch grew to be one of the states largest agencies specializing in governmental entities – with more than $14 million in premium volume in public entity coverage alone. In 2001, Nelson/Monarch merged with Arthur J. Gallagher and Tom remained as head of the Kentucky office and Area Vice President. 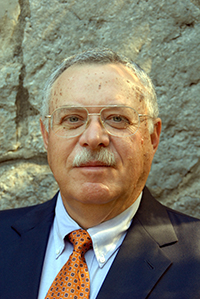