In July 1996, the Agency further expanded to provide group and individual health and life insurance and other employee benefits to its clients. Since then the Agency’s employee benefits department has steadily grown with the addition of talented, experienced insurance professionals. These include: Melvin Howard, who joined this Agency in November 1996; Darin Stanfield in March 2004; Kim Logan and Reggie Davis in May 2006; and Tim Garrett in January 2009. 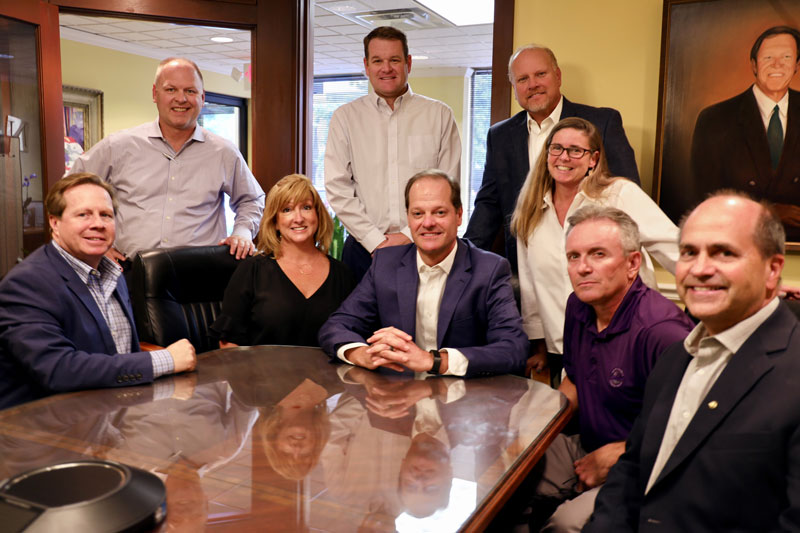 In addition to serving the general insurance needs of businesses, families and individuals, we have developed programs and expertise for specific commercial insurance niches. Nick Clark, who joined this Agency in August 2000, has focused on insuring labor unions. Nelson Insurance currently is endorsed by the Kentucky Automobile Dealers Association for non-franchised auto dealers, with Steve Riggs leading that effort. Steve, who joined this Agency in September 2002, also has developed a broad knowledge in insurance and risk management solutions for fire departments. In 2003, this Agency successfully initiated a property and casualty insurance program for apartment complexes and other habitational risks. Curt Royce, who joined in March 2008, has long been a leading Kentucky insurance agent for marinas and other marine related risks, as well as wholesalers and manufacturers.

In 1997, Tom Monarch joined the Nelson Insurance Group with the creation of Nelson/Monarch Insurance Services, Ltd., a Nelson Insurance Agency affiliate. Nelson/Monarch was founded to develop a program of comprehensive property and casualty insurance for public entities in Kentucky. By 2001, the aggregate annual premium for public entities placed through that program exceeded $14 million. In 2001, Nelson/Monarch was sold to Arthur J. Gallagher, the world’s fourth largest insurance broker, with Tom and his son Bryan joining Gallagher to continue developing that program.

In 2006, Tom Monarch rejoined this insurance group with the licensing of Commonwealth Risk Solutions, Ltd., an affiliated agency. In April 2008, Bryan Monarch joined CRS to assist Tom in these efforts. Through CRS, Tom and Bryan continue to provide insurance and risk management solutions for Kentucky School Boards. CRS also is the exclusively endorsed agency for the Association of Independent Kentucky Colleges and Universities.

In July 2008, this Agency created its Founder’s Club to honor longstanding key contributors to Agency success with John B. Nelson, Jr. and Donald A. Smith inducted as the first members. In April 2012, Carolyn Cox was inducted in honor and recognition of over 28 years of Agency service.