Since 1986, Steve has served as a commercial lines insurance broker and agent. Steve has obtained an Accredited Advisor of Insurance designation from the Insurance Institute of America. Steve also holds a Consultants License from the Commonwealth of Kentucky.

Steve began his insurance career in 1986 at a major insurance company (Liberty Mutual). In 2002, Steve joined Nelson Insurance Agency in a position that allowed Steve to maintain his customers and have an ownership interest in his accounts. With these experiences, Steve can be your trusted independent agent, bringing knowledge, creativity, and value to your purchasing decisions. Steve knows best how to present your business or organization in a favorable light to assist you in getting the best terms and conditions.

In 1981, Steve graduated from the University of Kentucky with a degree in business administration. He has a deep and continuing commitment to public and community service. Steve has served in the Kentucky Legislature representing House District 31 and was the senior member of the Banking & Insurance Committee. He served as a flotilla commander in the U.S. Coast Guard Auxiliary. Steve is married to a school teacher and has two adult children. His family is a member of St. Matthews United Methodist Church. 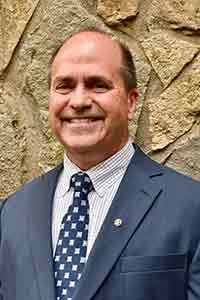