Reggie is a Louisville native, Navy Veteran and graduate of Western Kentucky University with a B.S. Degree in Business Administration.

In 1987 Reggie began his career in the Health Insurance business, subsequently joining Blue Cross & Blue Shield of Kentucky and became a Senior Account Executive. During his tenure, Reggie advised Kentucky businesses with regard to Blue Cross & Blue Shield Health Plans and the different impact of these plans. He had extensive interaction with all levels of management in underwriting, claims, billing and customer service on behalf of the businesses he represented.

In 2006 Reggie joined Nelson Insurance Agency as an Employee Benefits Broker with an ownership interest in his accounts. In addition to having access to Reggie’s in-depth experience and solid background in Employee Benefits, Reggie’s clients have the opportunity to use one agency to address any of their insurance and risk management needs.

Reggie has two children, three grandchildren is married to Linda. 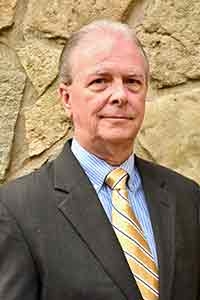