In 1991, Kim began her insurance career at Humana, Inc. During her Humana tenure, Kim gained an insurer’s perspective while working in claims, processing, marketing, and sales.

After 8 years with Humana, Kim joined the fifth largest agency in Kentucky as an employee benefits agent. Kim is a member of the National Association of Health Underwriters and has served on the board of the Greater Louisville Association of Health Underwriters. Kim has been awarded the distinction of Leading Producers Round Table and, in 2003, the Golden Eagle Award, evidencing Kim’s status as a Kentucky sales leader.

In 2006, Kim joined the team at Nelson Insurance Agency, Inc. In 2008, Kim became property and casualty insurance licensed. She is a member of Greater Louisville, Inc and J-Town Chamber. Kim is an active member of the Louisville East BNI Chapter and holds the Employee Benefits Group Insurance Seat.

She enjoys photography, spending time raising and training her two Labrador Retrievers and being a terrific Aunt to her niece and nephews. 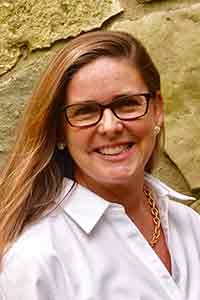