Greg is a Louisville native and graduated from Eastern High School in 1982. He joined the Air Force in 1983. He has an Associates in Science in Information Resource Management at the Community College of the Air Force and a Bachelor of Arts in Human Resources Management at Antioch University with honors and a 4.0 GPA.

He had 19 family moves in his career and spent 3 years in Turkey before, during and after Desert Storm.  Greg retired from the Air Force in 2005 after 22 years of problem solving and serving his country.  He was a highly decorated Master Sergeant that was lauded for his performance throughout his career.

His biggest accomplishment was being awarded the STEP (Stripes To Exceptional Performers) Promotion, which promoted him ahead of his peers and is given to a handful of the top 1% of qualifying airmen.

He started out his insurance career as a Commercial Sales Manager at Liberty Mutual where he was awarded “Liberty Leader” his first year in the business–an award given to only the top 5% of their sales force.  He went on to become an independent agent and worked with other agencies before partnering with Nelson Insurance Agency.

He really enjoys helping business owners solve their situations and scenarios they hate to deal with.  He looks at insurance like a big math problem and takes on the challenge like it’s his company and funding.

Greg and his wife, Shawna, were married in 1984 and have 3 grown children, who have spread their wings and are living their lives their way. 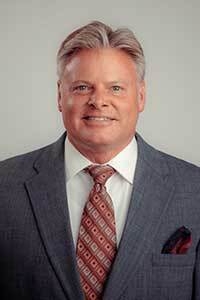