A graduate of Westminster College, holding a Bachelors Degree in Business Administration, Curt began his insurance career in 1977 as a Marine Insurance Underwriter with The Home Insurance Company in their Louisville Office. He became a Senior Marine Underwriter and eventually added expertise as Senior All Lines Underwriter.

In 1982, Mr. Royce joined the Seibels Bruce Group as Multi-Line Underwriter and 2 years later became Marketing Manager for Central and East Kentucky. As such his duties included training and field underwriting for 35 Independent Insurance Agencies across Kentucky.

In March 1986, Mr. Royce joined Reager Harris Insurance as a Producer for the Commercial Business Insurance unit. Over the next decade, Reager Harris became the 5th largest insurance agency in Kentucky and Curt’s success and leadership earned him an ownership stake in the company.

In 1996, Reager Harris was acquired by Acordia, and in 2001, Acordia was acquired by Wells Fargo. In 2002, Mr. Royce was promoted to Senior Vice President of Wells Fargo Insurance, and remained involved in sales and servicing his large client base.

In 2008, Curt left Wells Fargo and joined Nelson Insurance Agency, Inc. Curt is a Certified Insurance Counselor and licensed in Property, Casualty, Life and Health Insurance. He is active in the community and serves on the Board of Norton Healthcare Foundation. Curt has also served on the boards of The Louisville Theatrical Association, The Kentucky Center for the Arts and The Lincoln Heritage Council of the Boy Scouts of America. He is an active member at St. John United Methodist Church.

Curt and his wife Judy have been married since 1986 have two children; Katie and Marshall. He enjoys boating, fishing and anything outdoors, especially with family. 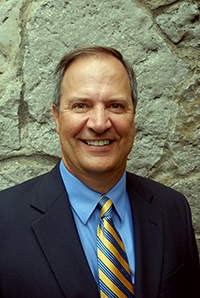