Brad is a 1985 graduate of Eastern Kentucky University with the degree of Bachelor of Business Administration in Insurance.

Brad began his insurance career in 1986 with Delta America Reinsurance as a claims analyst. Brad also served as a commercial insurance field underwriter with Continental Insurance and Hanover Insurance Companies from 1988 to 1994. In 1994, Brad became a licensed agent and served a dual role as an agent and as a marketing manager for Old Colony Insurance. From 1996 to 2011, Brad worked with another large independent insurance agency in Louisville as a licensed producer in Property, Casualty and Life & Health.

Brad is a member of Kentucky Lawn Maintenance Association. Brad specializes in municipality and government entity business, transportation trucking risk and contracting risk from one man operations to over one hundred employees.

He has been with Nelson Insurance over 8 years.

Brad and his wife, Melissa, were married in 2007. He has three children from a previous marriage (Curtis, Kyle and Shelby). Brad’s hobbies include golf, fishing and other outdoor activities. 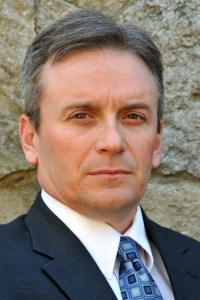