Leigh Anne is originally from Northern Kentucky; she attended University of Louisville and began her insurance career on the carrier side in 1997 as a rater and then underwriter.  She transitioned to corporate risk management in the early 2000’s with a stevedoring and maritime firm in Mobile, AL.

In 2009 Leigh Anne again transitioned to the independent agency side as an agent/producer and has been in that role ever since.  She brings with her a well-rounded understanding of the industry as well as extensive coverage knowledge and risk management techniques that benefit her commercial and personal lines clients.  In 2020, Leigh Anne obtained her Certified Insurance Counselor, CIC designation.

Leigh Anne specializes in small/medium sized businesses as well as personal lines.  She focuses on Kentucky, Indiana, and Ohio.

Leigh Anne has 2 children Joshua and Bella as well as a very spoiled golden doodle named Bennie. Her hobbies include being creative by painting and knitting, she enjoys hiking in all the wonderful parks that Louisville and Southern Indiana have to offer as well as spending time with her family and friends. 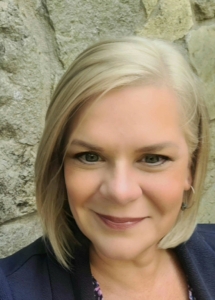